Apple acquires a new patent to charge iPhone via Wi-Fi

By: editor
In: iPhone
Tagged: charge iPhone via Wi-Fi

The Multinational United States company Apple has accustomed its users to always give the best in their products and that is why it can be said that their technological advances are some of the best. Fast charging like the wireless, are some of the technological advances that still do not count iPhones, however rumors suggest that the new iPhone 8 will have these wonderful services. 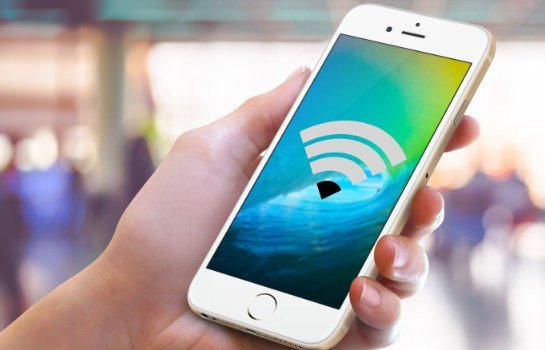 Since Apple has worked very hard to be one of the best companies giving technological advances, bet a lot by acquiring a new patent, with which point to a new system of charge via Wi-Fi.

This Apple patent was applied at the end of 2015, which aims to take advantage of the router’s Wi-Fi system using beamforming technology; this is to use the signal approach using certain frequency waves to charge the Smartphone battery.

That is to say that Apple Smartphones must have a specific resection system, to be able to receive this energy and thus charge the batteries without any problem.

Nowadays already made use of a wireless charging system implemented by some companies, unlike that can only be charged the batteries at a very short distance; this technology is characterized by making use of two coils, a transmitter and another receiver, where a magnetic field is generated that is able to cause the device to charge the battery.

At the moment there is no Smartphone that charges its battery using a charging system via Wi-Fi, as we know this patent belongs to Apple, although it is not yet implemented in the iPhone.

Something that causes much controversy is that if a normal router may be charged to the future iPhone that carries this technology, and the answer is that if, the only drawback is that the device always has to be generally close to being able to use the signal properly.

Although this technology has been known since some time ago, it has not been implemented commercially; companies that use these charging systems depend on an efficient issuer as the router is experiencing major declines in the time of transfer the signal.

That is, the charging experience may be inefficient or very slow, so Smartphone batteries will not charge properly and that is something that cannot be sold to any client in a satisfactory manner.

But there is still a lot of research to make this possible, which is why Apple went ahead with this patent because if it is a success they can earn big profit margins and give their firm a great technological breakthrough.

Apple already has available its catalog of products is the AirPort, which is a powerful intelligent router can do directional use of the Wi-Fi signal.

Lack only that its new iPhone can take advantage of this wonderful technology and thus be able to charge the battery through the system of charge via Wi-Fi, it is only necessary to wait for the new technological advances to implement this type of hardware.