Technological manufacturers often anticipate the needs of users. In the case of televisions, they have been years ahead. When the 4K format or Ultra High Definition (UHD) format has just been introduced, the brands will be launching the first 8K televisions. With the new format, pixels (the color dots that make up an image) reach 32 million, four times more than a 4K UHD TV and 16 times more than Full HD devices. The consequence is a sharper image, close to 3D. 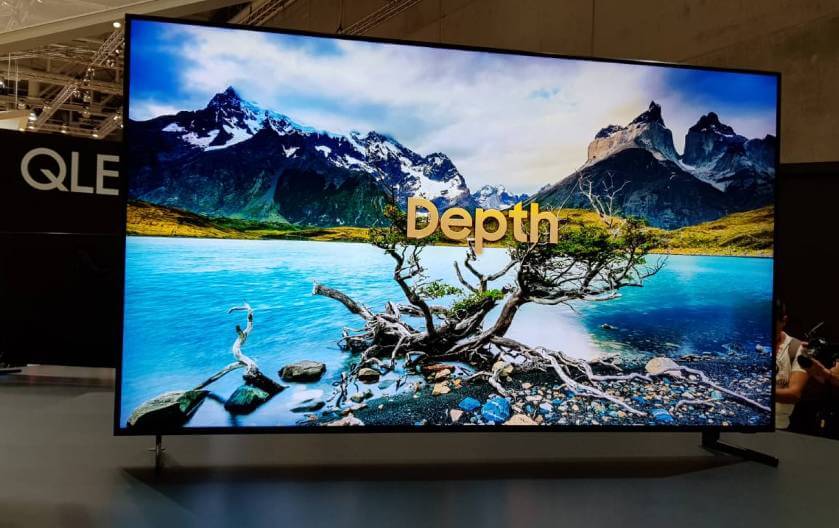 Samsung and LG have taken advantage of the IFA consumer electronics fair in Berlin to present the first devices with 8K resolution. In the case of Samsung, its Q900R model in various sizes will be released next October while LG has no marketing calendar for its 88-inch 8k OLED TV. Actually, this is not the world premiere of this technology. The Japanese Sharp already sold since last spring its model LV-70X500E 8K, but with a very discreet advertising and sales.

And if the quality of the image shoots on 8K TVs, the cost is not far behind. The brands have taken great care to talk about prices – perhaps not to scare their customers – but in the case of Samsung the range will be between 5,000 and 15,000 euro, depending on models of 65, 75 or 85 inch. A price that will be surpassed surely by the 88 inch 8k LG TV, that would go far above the 20,000 euro.

In addition to the prices, the almost null offer of contents in 8K draws attention. The traditional television channels have not even bet on 4K, which is reserved for new platforms such as Netflix, HBO, Amazon, Vudu or YouTube, and some top-rated sporting events. So it is estimated that there are only 5,000 titles in 8K (mainly in YouTube and Vudu video channels).

In view of these handicaps of availability and price, the consumer may wonder if it really deserves to spend a fortune to get the first 8K televisions. The response of the brands, of course, is affirmative. Its first argument is that, all the contents that are recorded in 4K are also ready to be broadcast in 8K, so when the chains take the step, the catalog of contents will multiply instantly.

The second argument is that, thanks to scaling, the quality of the image as well as the sound is improved, regardless of the quality or format of the original source, that is, the standard programming of the channels. Therefore, brands believe that the development of 8K is not a chimera. LG expects to distribute five million units in 2022.

Precisely, the Samsung Q900R boasts its own technology (8k AI Upscaling) to scale 8k with artificial intelligence thanks to 256 algorithms of its processor (Quantum Processor 8K) that is able to recognize and scale the content to be displayed with 8K quality, regardless of whether the user is viewing content through a streaming service, decoder, HDMI, USB or even a duplication of the mobile screen.

Samsung’s 8K TVs are capable of producing brightness peaks of up to 4,000 nits, a standard that until now only most movie studios have met. And thanks to the HDR10+ technology, it offers a chromatic reproduction that achieves natural images of great realism as originally conceived.

In addition, the Q900R features Direct Full Array Elite technology from Samsung’s QLED line for better contrast and precise control of the backlight, so that the TV reproduces 100% of color volume. It also adds the characteristics of the brand as Ambient mode that analyzes the environment and generates a wallpaper that integrates with the space surrounding the TV, and SmartThings to synchronize it with other devices.