Best Game Changer TV Tech to be Expected in 2018

By: editor
In: Televisions

Over recent years, the world of technology has come a very long way and has catapulted us into the digital era. We now have all sorts of technology at our fingertips and it seems that this becomes more and more advanced on a regular basis. From smartphones and tablets through to smart TVs and more, we now live in a world that we once viewed as futuristic just a few decades ago. 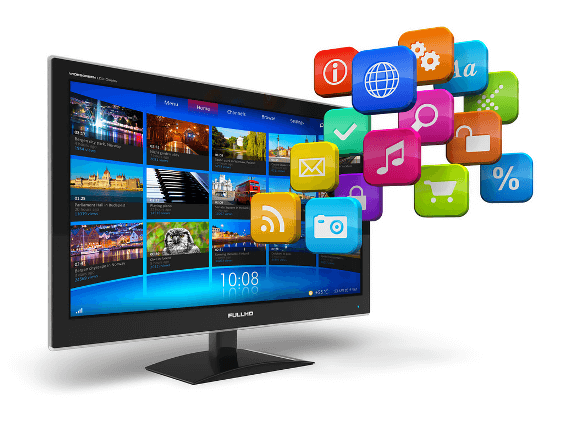 When it comes to TV technology, this has become one of the most rapid growth industries in the past decade. The era of the bulky CRT TV disappeared some time ago and there has been huge advancement in the industry since those days. Having to compete with VR, 3D technologies, and more, TV manufacturers are now trying to create a new revolution in the world of technology. In this article, I will look at some of the tech trends that are forecast for the world of TVs in 2018.

Some of the trends expected in the coming year

With the Consumer Electronics Show due to be held in Las Vegas early next year, we can expect to see some surprises and revelations from tech giants in all industries including the TV manufacturing sector. While there may be some surprises in store at this annual event, let’s take a look at some of the popular tech trends that are already being forecast for the year:

• TVs may continue to get bigger: When it comes to TVs for smaller homes, you may be interested in how to find the best 40 inches TV. However, if you live in a bigger home then you now have the choice of huge TV sets such as 75 inch ones. What’s more, TV manufacturers are now aiming for bigger and better in a bid to outdo the competition, so we may see even bigger TV sets become available over the coming year, which means that you can transform a larger room in your home into a home cinema with far greater ease – and without the need for projectors and screens.

• OLED technology will become more widely used: Manufacturing giants such as LG and Samsung have already invested millions in OLED technology to provide consumers with a much better viewing experience and the ultimate in slim TVs. This is something that is very likely to catch on amongst lesser known manufacturers over the coming year, which means that consumers may be able to gain access to OLED technology without paying the higher prices that are charged by household names.

• Color volume will become a key focus: TV manufacturers are well aware that consumers these days are looking for the ultimate in quality when it comes the picture on their TV sets. As a result, many may start focusing more on color volume, which refers to the intensity and quality of the color at different levels of brightness. Currently, turning the brightness up on many TVs can result in washed out colors but manufacturers are likely to want to change that so even brighter levels provide intense color.

• The availability of curved TVs will drop: When 3D TV technology came out, it caused a flurry of excitement with many rushing out to purchase 3D TV sets. However, the technology was not all that it was cracked up to be and eventually a number of major manufacturers removed it from all of their new TVs, essentially killing it off. Some believe that the next thing to go will be the curved TV, as this has also not proven as popular as manufacturers probably thought it would. So, for those that want to own one of the TVs, now is the time to buy as pretty soon you may find that they are no longer available.

• Smart TVs will continue to become more mainstream in homes: Smart TVs are already very popular, with manufacturers integrating smart technology into many of their TVs, particularly the larger models. While many people at present may not have a smart TV, this is likely to start becoming the standard amongst manufacturers over the coming year and beyond, which means that as people start replacing their existing sets they are likely to end up with new sets that do have smart technology as standard.

It will be interesting to see just what the major TV manufacturers do come up with over the coming year, as once new technology is announced and implemented by the likes of LG and Samsung, the smaller manufacturers tend to follow suit. Of course, not all new technology in the TV industry will prove popular and some may not stand the test of time, with 3D technology being a case in point. However, it seems that the capabilities of these TV giants continue to grow, which means that they have the ability to introduce a range of high tech features into their televisions.

Are there surprises in store from major TV manufacturers?

These are just of the predictions and forecasts that are being chewed over by experts for the coming year. However, the TV manufacturing industry has become increasingly competitive over recent years, with all major manufacturing giants trying to outdo one another when it comes to advanced technology. This means that many may have secrets up their sleeves that may not have been anticipated by those making predictions. Only time will tell what the TV manufacturers are actually planning to launch but for those who are eager to find out, it is well worth keeping your eye on CES in 2018.

2017-12-09
Previous Post: Low Cost Virtual Reality Sets: Pros and Cons
Next Post: How Does Malicious Software End Up on Your Phone?