Erica is the latest Japanese robot with human appearance

Professor Hiroshi Ishiguro has to show us a new creature, called Erica. A new robot with human appearance, those who play to the limit of the Uncanny Valley, in an imaginary border where our brain moves between the attractive or repulsive to meet a human clone in appearance and behavior. 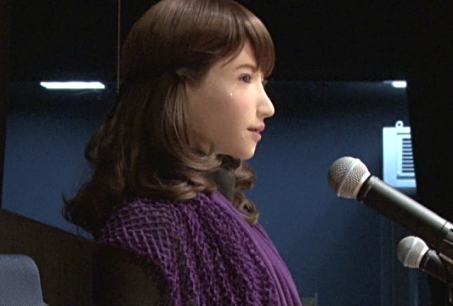 The last element that we knew was called Asuna, since Erica arrives with the intention of improving it in other aspects than the actual aesthetic. It is true that it evolves in materials and movements, but here the priority was to get a better conversation with the human who has front.

They have worked to emulate human conversation, with patterns of behavior and body language more typical of a Japanese person. It takes into account non-verbal actions, such as winks, emotions associated with facial movements or natural head movements, chatting with people.

That said, the purpose of the latter project of Ishiguro is the completely natural to have conversations with a robot of 166 centimeters high, which simulates a girl of 23 years with Japanese and European features. You can see it in action in the video below:

Erica has been built to four bands. The engineers are of the Japan Science and Technology Agency, the University of Osaka and Kyoto, and the ATR (Advanced Telecommunications Research Institute International). All of them with Hiroshi Ishiguro as director of operations.

2015-08-12
Previous Post: This small device could be a revolution for cancer treatment
Next Post: Xiaomi strengthens its commitment in the market for routers with Xiaomi Mi Wi-Fi nano