Suppose you are talking to your sister in the Facebook Messenger and suddenly she asks if she has bought roses to her mother’s birthday. Without leaving the chat, an order through 1800flowers.com by a robot with artificial intelligence built into the instant messaging service.

Without realizing it just tries the latest in online retail trade. 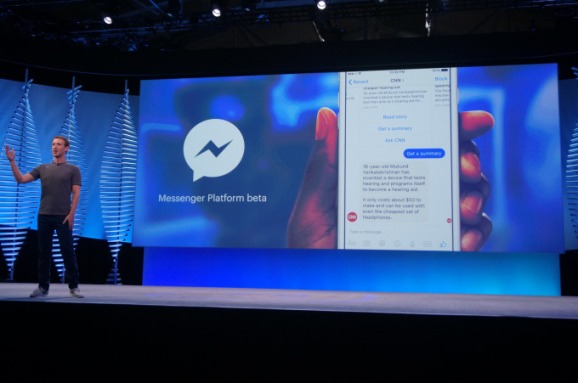 It is called contextual commerce, and facilitates the sale of products and services without interrupting conversations or interactions of users. That could allow Facebook to charge advertisers higher rates for better interaction with customers, according to CEO, Mark Zuckerberg, and would give great impetus to the largest social network in the world, which last year generated $17.000 million in advertising revenues but faces a decline in average charges per click from the sellers.

To that end, Facebook renews its strategy payments. This is a major change of direction for the company, which once had high hopes of getting a percentage of the amount paid to companies whose games containing, as FarmVille, Zynga Inc.

Instead, the network could copy the strategy of the rival Chinese Tencent Holdings Ltd., whose WeChat messaging application allows users to buy from gifts to travel by taxi.

Facebook belongs to a number of technology companies, from Samsung Electronics Co. to Alphabet Inc., who ventures into the world of both online financial transactions such as in mobile phones and in the physical world.

Facebook has incorporated their payment applications gradually, and only now the strategy is clear, in both advertisers and partners put it into practice. The company launched payments from person to person and asks for Uber trips across the Messenger.

In April Launched chat bots – automated assistants of personal buys – for the Messenger, which has more than 900 million users. The measure already generates results for some advertisers who participate, especially by attracting younger consumers.

“What we see is a clear increase in activity,” said Chris McCann, who presides over 1-800-Flowers.com Inc. “Most of the robot interactions result in an order. Mostly it comes to new customers to our brand. We reach an audience that general advertising not accessed. We arrived at the younger sector”.

2016-06-14
Previous Post: 5 Tips for Taking Care of Your Laptop
Next Post: Managing Your Business by Cloud ERP