Google released update of its operating system for mobile devices, Android 7 Nougat. For now only available for devices of the Nexus family: Huawei 6P, LG 5X, Motorola 6, the Nexus 9 and Nexus Player tablet, in addition the tablet Pixel C. Since it is usual for these updates, it will be available later for the device from different manufacturers, although the exact date will depend on each company, model and mobile operator. Samsung, Sony, LG and HTC, among others, have already confirmed their availability in the coming months for the latest models. LG says the V20, to be presented in the first week of September, will be the first device outside of the Nexus line to include it. 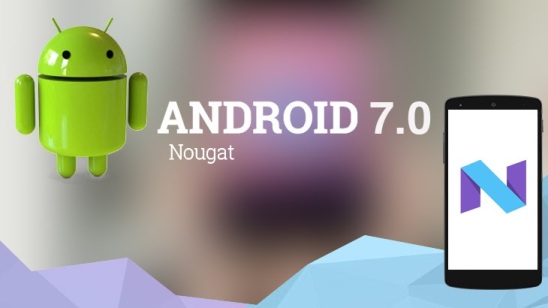 Split screen. One of the most noticeable additions to this version is the possibility to show two applications on the screen. It is not new: inside Android both Samsung and LG and Alcatel, among others, offer this feature (also available in Windows 8 and 10, and iOS 9 and 10). But now no longer an aggregate of each manufacturer and it becomes a standard operating system, which should increase the number of applications available with this feature. Also it allows to return to the last application used with a double touch on the multitasking button (the square), and show a video as a floating display ((as it allows the application of YouTube and the most recent phones of Samsung).


You are also improving the direct answers (an action from the notification itself) are also improved and updated the emoji to the version of Unicode 9. And the keypad to turn on or turn off the Wi-Fi and Bluetooth, turn on the flashlight, etc., can be organized to taste. Again, it is something that already offers other manufacturers such as Samsung, Huawei and LG, but here the support is official and part of the operating system.

Graphics and battery. This operating system version also adds support for Vulkan API for 3D graphics (what promises to video games with better graphics and a minor impact on the battery) and for the platform of virtual reality Daydream. And extends the operation of Doze, the tool that makes “sleep” to the phone when it is not in use, to save battery. Until now worked only if the device was calm (on a table, for example), but now is activated every time the screen turns off.

Other aggregates: The backup service of Android (which makes a configuration backup of the phone or tablet) now covers more configurations, and improves the way the operating system receives updates (download the whole package first to a hidden partition before starting the update), and provides encryption for individual files.