Within a week, on Sunday March 1, HTC will debut HTC One M9. Barcelona will host but the leaks have been killing surprise. We have been known details but now have been filtering completely. No surprises in the hardware but in conjunction with a performance that put it as one of the most attractive options. 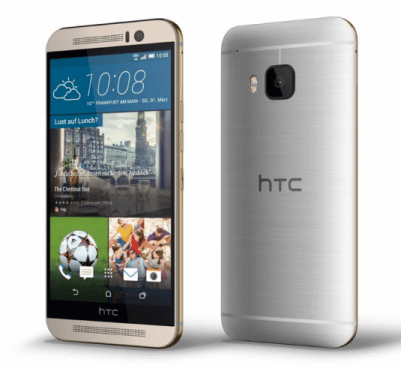 The high end of 2015 appears on the scene
In the processor we will find eight core Snapdragon 810 at 2GHz, 3GB of RAM and 32 GB of storage will make company. The memory certainly be expandable with microSD cards. The camera seems that HTC has finally learned the lesson and ultra pixel takes the front to put a sensor of 20 megapixels in the back, probably a component signed by Sony.

The five-inch screen, remains in full HD resolution that today has much to offer despite the insistence of some manufacturers to upload to the WQHD. We will see what such the quality of the panel but previous generations of One are a good precedent. The front speakers are kept as is: micro-perforations on the top and bottom frames with BoomSound technology.

The design of the terminal is very similar to that we have seen in previous generations and the changes are quite discreet. Taking into account that this section HTC has brushed against a very high level the last two years there is no objection to maintain form factor. Yes, it seems that in the end no fingerprint sensor. Its weight is 157.7 gram and 2,900 mAh battery.

On the software side we find Android 5.0 Lollipop series, a new layer of software called Sense 7. The appearance of the launcher is already maintains glance it seems that the changes are minimal and go to a further simplification of the interface and different panels. As for the price, it will be 749 euro.

2015-02-23
Previous Post: Smart Rope is a connected rope presenting our activities in midair
Next Post: Windows Computer Maintenance Tasks You Need To Perform