The new version includes three key aspects: enhanced features in Edge, ability to easily resume work when you change PC and a shop from which you can download themes to refresh the computer. 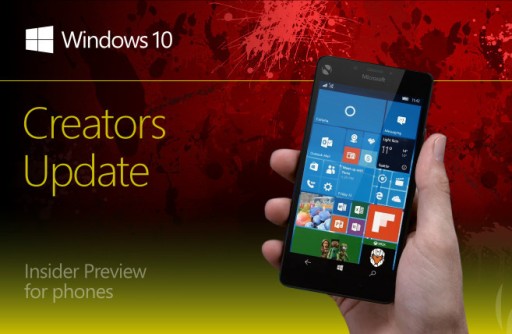 The intention behind such a launch is to bring users to Creators Update, the update of Windows 10. Normally, Microsoft launches new features two months before the end of the updates of their “service patches”, such is the case of the Anniversary update.

The most prominent feature of the Build 15007 is the ability of Cortana to help users to resume working where they left off.

According to a statement from Microsoft, when switching from PC Cortana will show quick links in Action Center notifications to indicate the user the web pages you were viewing, as well as cloud files stored in SharePoint.

Other improvements equally stand out in the Build 15007, such as a progress bar in the notifications to display the progress of an activity to the user and a scroll bar for downloads that slides when you need it and it disappears in the opposite case.

Windows phones have also benefited from reforms: resettlements of applications, better controls for playing music via Cortana and reorganized settings menus, something that was done on the PC with Build 15002.

Microsoft has committed to include a full section in the Windows store with colorful updates for the Windows 10 desktop.

Edge browser has also gained much needed functionality, with Build 15007, Microsoft has solved this problem. The link “Web-to-App” is now possible, so if the user opens a web link, will have the option to run the associated application.

2017-01-13
Previous Post: Technology Can Make Your Small Business Stand Out, Here Is How
Next Post: Recognizing the Importance of Insider Threats in Organizations