Samsung presents the Galaxy S8, the flagship of the South Korean company and the mobile that intends to compete with Apple’s top model, the iPhone 7 now, and the iPhone 8 that will arrive next September.

The details will not be known until its official presentation, but numerous leaks have already allowed anticipating some of the novelties that will include the new terminal. 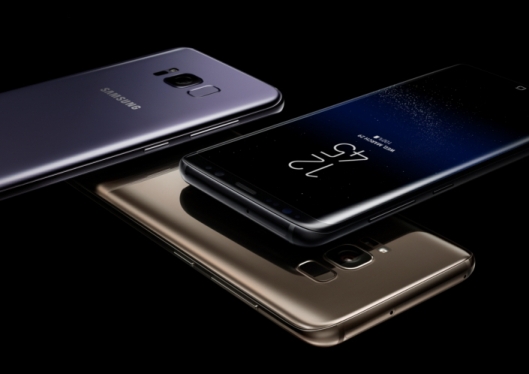 Here are some of the new features expected of the Samsung Galaxy S8:

Exterior
As expected lately from the big-name flagship of any company, Samsung is going to release two models of the Galaxy S8: a basic 5.8-inch and a larger 6.2-inch display (6.1 effective by the rounded corners of the terminal). The reason for such large display is the absence of frames, which means that in the same dimensions (or similar) can be included a larger display.

Speaking of the display, it is a Super QHD AMOLED (1440×2960 pixels) with curved rims ‘edge’ in both versions (this denomination disappears to give rise to a ‘Plus’ in the larger model). Its format, or ratio, is wider than usual, going from a 16: 9 ratio to 18.5: 9, a dimension larger than that already seen in the new LG G6 presented at the MWC 2017. This will cause that, despite not having black borders, the reproduction of certain multimedia content in full screen playback that included such edges not to be prepared for broadcast on a screen as well.

In addition, Samsung has decided to leave aside the central button and those accompanied it around to have the controls built into the screen itself. In this way, the company has been able to take more and better advantage of the space, even though it has had to replace the fingerprint sensor and put it in the back, specifically to the right of the lens of the main camera.

As for the sides or edges, there is still a physical ignition button, just like the two to raise and lower the volume. In addition, here is added a fourth button that, although its function is not known with total certainty, does seem to be destined to the new assistant of own voice of Samsung, Bixby.

Moreover, it has a iris scanner at the front, the fingerprint sensor is able to measure heart rate through finger, has a headphone port at the bottom (3.5 mm jack), the charging port is USB-C and has water and dust resistance. The terminal is available in at least three colors with black front frames: black (matte and glossy), gray orchid and arctic silver (‘black sky’, ‘orchid gray’ and ‘arctic silver’ filtration).

Samsung Galaxy S8 Hardware and Software
As for interior specifications, the Galaxy S8 takes a step forward compared to its predecessor, the S7 and S7 Edge. This time we are talking about a generation that includes the most advanced mobile processor on the market, the Snapdragon 835 manufactured by Qualcomm, something that not only differentiates it from the terminals presented last year, but also from some of its main competitors this year, as is the LG G6 that includes a Snapdragon 821. Depending on the territory of marketing, rather than the aforementioned chip arrives with an Exynos 8895.

The RAM memory is now 4GB in either version – in some Asian countries there will be a version with 6GB of RAM, according to the latest information. It has 64 GB of available storage, which can be expanded up to 256 GB using a microSD card.

The rear camera is another of the strengths of the Galaxy S8. Samsung does not mess around with its flagship, and although it does not add to the dual-camera trolley, it has incorporated a 12-megapixel main camera with an f/1.7 aperture focal lens and a stabilizer image. For its part, the front camera has 8 megapixels with the same aperture.

The rest of your specifications follow the expected line. The 5.8-inch model has a 3000 mAh battery, while the 6.2-inch model boosts up to 3500 mAh. The Galaxy S8 lands on the market with the latest version of Android and the company’s personalization layer.

Availability and pricing for the Samsung Galaxy S8
According to forecasts, the models will hit the market practically a month later, specifically on April 21.

Although Samsung will release both models, the manufacture of the units is not 50 percent. Sixty percent of the production corresponds to the smallest model: 6 out of 10 units created are the Galaxy S8. KGI analysts estimate a total production (both models) of between 40 and 45 million units in 2017.

2017-03-29
Previous Post: Types of mobile applications: native, web and hybrid
Next Post: Apple patents a laptop that merges with the ‘smartphone’