Open Pi: A box to control the rest of your home

The multimedia centers are set top box format are becoming more common. Small devices thanks to its ports or wireless connectivity allow managing videos, photos and music or even games. Of these there are many, with all kinds software, but Open Pi is different from the rest because it raises the level of ambition in this category. 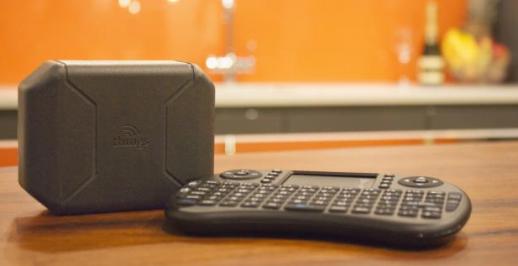 At first it seems a media box to connect more behind the TV. However, this device based on Raspberry Pi wants to be more than a gadget so you can play movies in the lounge. It is intended for all and that includes timing and connection with other devices in the house and yes, we are talking about the Internet of things.

A box to control (almost) everything
If we take a look at this device manufactured by Wireless Things we can see that is a modified Raspberry Pi plate. In fact, plans are in EagleCAD and we can download them if we want to do it on our own, but soon they will go on Kickstarter to seek funding.

Open Pi, unlike other similar devices is not so much a media center connected to a screen, acts as an intermediary with a server or computer network to nurture local content. We can do this as well as provide a platform for games, but the main difference is in the connectivity with other objects.

What is proposed is that through it we can control the thermostat in our home or door locks. By extension, anything capable of being connected to the same network and, of course, it is compatible with the open standards used in this device.

The idea is good but the approach is a little vague: their creators tell us about connectivity but for now have not specified which devices will be supported when we leave and what difficulties there will be with proprietary technologies that use their own management systems.

Soon the project will implement run on Kickstarter to see what interest there is part of the public. Currently it is not known at what price to be released on this platform but keeping an eye on the web can range from 49 pounds to the most basic pack up to 99 (included HDMI cable and remote control) if we want a more complete starter pack.

2015-02-06
Previous Post: The new Google patent points to a total control of the car without distractions
Next Post: LG has set its flexible OLED panel as thin as a sheet of paper