The introduction of technology in cars raises many advantages-what we saw recently with one of the new BMW X6 – but it can also raise some doubts. And among them out of distractions that technological burden can impose on our senses. 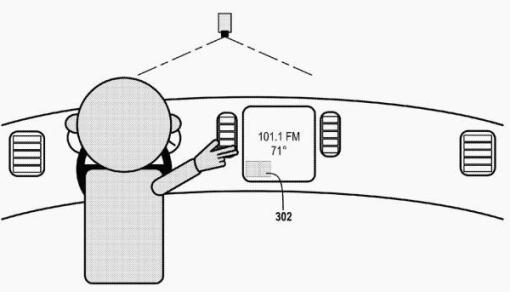 In fact according to a recent study conducted in the United States, nine people die every day in this country because of distracted drivers. The new patent filed by Google just tries to avoid those distractions and make the driver is always attentive to all that must be behind the wheel: the road.

This patent describes ways to make that we are in control of all elements of the car without using our hands. For this company Mountain View raises the integration of a series of sensors placed along the inside of the vehicle with which it would be possible to record gestures made by the driver.

For example, we could lower our hand near a window to indicate that we want to lower it, or put our hand in front of one of the outlets of air conditioning and move it to the left to reduce the temperature at which the air is expelled. These ideas would be extended to other types of action, but the goal is the same: we always have at least one hand on the wheel and do not deviate from view of the road.

The patent makes clear that such systems could also be integrated into autonomous cars as the company takes time to develop, but it remains to be seen whether the technology described form part of its initiative Android Auto. Of course the problem is that learning these gestures and mistakes could lead to more distractions from which we want to avoid, but it seems that here the most natural thing would be to use voice commands for the moment not seem to be taking shape between vehicle manufacturers or their users.

2015-02-05
Previous Post: HTC One M9: new design with crystal as protagonist
Next Post: Open Pi: A box to control the rest of your home