The big surprise, and we have a few, Microsoft at its event on Windows 10 has been Windows Holographic. Under development, gives us an idea of how Microsoft sees the future of the personal computer. 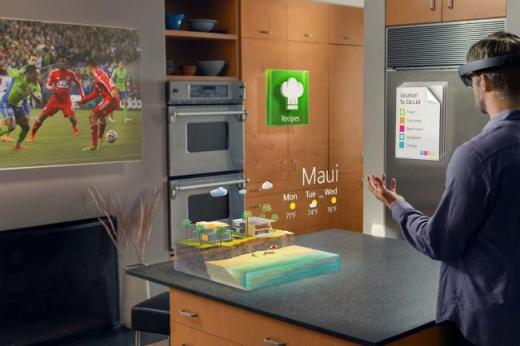 Holographic experience based on a computer called HoloLens that we placed over the head like a pair of augmented reality and holography overlap in our environment to interact with him.

A personal computer placed on the head
Hololens includes a full computer, CPU, GPU, sensors and HD screen, plus similar to Kinect camera to identify what surrounds us and gestures we make with our hands or voice. Everything is wireless and autonomous operation.

Although it remains to be seen what will ultimately be, demonstrations have been very positive. Microsoft claims that Holographic come from the hand of Windows 10 and there is already a program, Holostudio, enable to create experiences, applications, and ways to interact with everything that surrounds us.