Nobody likes to go to the dentist, especially if you have to be to take away drilling and filling a cavity. But a group of British scientists said to have found the solution, which is applied to your teeth a few small electric shocks as soon as appear the first symptoms to be weakening. 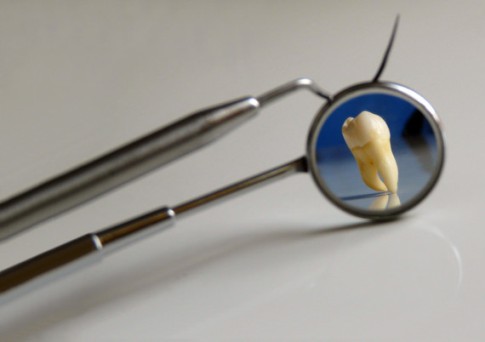 These discharges shall be applied with a new device that they themselves have developed and patented. Their mission, they say, will be stimulating the natural regeneration of dentin using a painless process. In this way will remain healthy teeth and tooth decay will not develop in them.

Feeding dental remineralization
The key to this technology is to prevent tooth demineralization, which may be due to the acids produced by plaque bacteria when ferment sugars in the mouth. This makes the lining of your teeth to lose important minerals such as calcium, and that these become weaker and more porous, which just exposes them to caries to develop.

The way in which the teeth are defended against this process is one which is called remineralization. It occurs naturally as the minerals present in saliva or some types of food reinforce them and make them more dense. So what these scientists say they have achieved is to develop a device that accelerates the remineralization to protect them.

This technique have been called Electrically Assisted Enhanced Remineralisation or EAER. As its name indicates, it is applying a small electric shock to the damaged tooth. This discharge is painless, and it serves to generate a small electrical field which pushes the ions of minerals within the tooth by accelerating the process of remineralisation.

Scientists who have developed this process hope that this device can be used routinely during the consultations of dentists. In this way, when they detected the first signs that a tooth starts to weaken it will be possible to regenerate enamel to reinforce it and that does not reach to generate no decay.

The main problem with this new treatment is only preventative, and is only useful during the initial stages of demineralization. This means that you cannot use it to eliminate tooth decay once have appeared which makes it useless for a majority of cases in which it will be necessary to keep on drilling and pasting.

2015-11-20
Previous Post: How to choose O2 signal booster
Next Post: This action camera is not intended to record your madnesses, but to broadcast live