This battery is amazing: charging in a minute and it can be folded up

About batteries we have spoken a lot, and we will continue to do so, since it is one of the elements that everyone asks for improvement. The reality is that mobile devices are becoming more capable, and autonomy tries to go together, but rarely find advances that will revolutionize the industry. Clearly it is its Achilles heel. 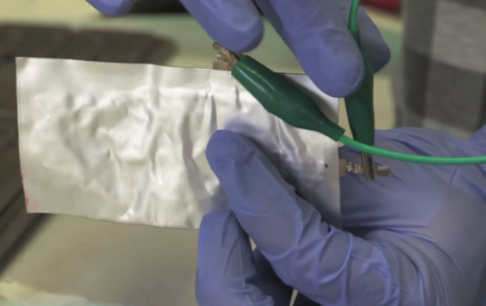 If we talk about phones, practically we have educated ourselves to coming at the end of the day with them, or to looking for the best places to realize charges. Precisely in that second point it is where is improving much in technologies: load the phone faster. There has a lot that say Stanford University.

We can review the latest Qualcomm hardware, also own technologies as those proposed by the Oppo people – all of them require best Chargers. What is intended is that the battery is charged in a high percentage, within a few minutes. It is not the same as improving the autonomy of mobile devices, but it helps.

Professor Hongjie Dai and his team at Stanford University, walk working on new aluminum ion batteries that could be charged to full in just one minutes. They tell us that did find improvement by accident, trying to use graphite in the cathode and anode aluminum.

Not only promise high performance in loading, ensure that their production is cheaper and longer life, also less dangerous – do not explode under the same circumstances. Another point in its favor is the possibility of bend and folds the battery, making it more conducive for future device designs.

Speaking of functional prototypes at the University has some to continue maintaining its capacity after more than 7,500 charge cycles. On the downside, we need only able to offer only 2 volts, much less than a current battery – almost half.

The energy density also has to be improved, currently is 40 Wh/kg, while the lithium ions move between 100 and 260. In addition to improving the parameters, it sounds like a breakthrough in the world of batteries, dominated by those of lithium ion, we’ll see what is all this.

2015-04-12
Previous Post: HTC One M9+ and with significant changes
Next Post: Shared Hosting Vs VPS Vs The Cloud!