Toyota working on a mapping system based on autonomous cars

By: editor
In: Auto Tech

Toyota has thought that it necessary to take advantage of the large number of sensors and cameras that will put to cars for more than just recognize the path and obstacles we encounter. The Japanese are devising a system whereby each car will help to create a three-dimensional map of our roads. 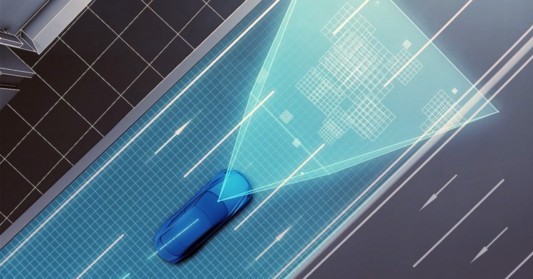 Although the information presented to us sounds so futuristic – conceptual – they claim it will lead to CES 2016 project, where we know in more detail how this system of recognition and mapping work. Many more cars have been working with them, the best maps will offer.

It is obviously based on the cloud, where goes the information that would be constantly collecting so-called autonomous or smart cars. Toyota says that does not require a large investment for each car, the main thing is to have cameras and GPS receivers.

The software will prepare and combining the data and send it to the aforementioned Toyota cloud data center, so we are also requiring that the vehicle is connected.

We understand that the idea goes to mount an affordable and distributed version of the cars that built the Google maps – or HERE, operating in real time. The current reality of the autonomous car, or with modern systems of recognition, is that the components used are quite expensive. The price is not comparable to a camera and a GPS.

We talked about radar LIDAR or laser scanners, with which you can assemble a three-dimensional map of your route, but as advance a few days ago, there are many people working on how to make more capable vehicles without prices rising too. The secret is to use smartphones.

The differences of definition with more capable systems like those mentioned, will be diluted to have an army vehicles without stopping collecting information. Toyota says that it can work with a margin of error of less than 5 centimeters with your new system.

2015-12-28
Previous Post: This processor uses light to transmit data and points to a promising future
Next Post: Lego launches its programming and robotics kit for more ambitious students: WeDo 2.0