By: editor
In: SmartWatch

While Android smartwatches were designed to work with compatible Android-powered phones, iPhone users who were hoping that one of these Android wearable devices would sync with their Apple phone were out of luck, until recently. 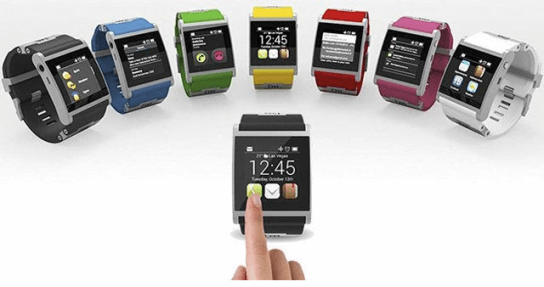 Last month, Google announced that smartwatches that run on android-wear will now work with Apple’s iPhones. By connecting its wearable tech to iPhone users, the search engine giant has effectively expanded its potential customer base. Considering Apple sold over 47 million iPhones in just the last quarter, that potential customer base is quite huge.

In the future, this may be good news for Android smartwatch app developers because it could mean that they will have the chance to reach a bigger audience, which could mean an improvement in web monetization, among other benefits. For now, however, iPhone users will not be able to access the 4,000 Android Wear apps from Google Play.

More specifically, Android Wear will work with Apple iPhone 5 and newer phone models that run iOS 8.2 or higher. These devices will be able to sync with smartwatches that run Google’s wearable operating system. While there is more than one Android smartwatch available on the market from Samsung, LG and Motorola, according to The Verge, currently, there are only three Android Wear watch gadgets that will support iPhone, and two of these watches are not yet on the market.

The three models that support iPhone include the Asus ZenWatch 2, LG Watch Urbane, and the Huawei Watch. However, all Android Wear smartwatches that will be released in the future will be iOS compatible.

In spite of news about this incredible breakthrough, Apple users who are interested in getting an Android smartwatch to sync with their iPhone need to keep in mind that Google is still just another third party customer to Apple. Therefore, compared to the Apple Watch, Android Wear watches will be limited, because like any third party client of Apple’s, Google will have to work within the limitations of what Apple will actually allow it to do.

Be that as it may, Apple users can expect the watch to work with their iPhone to deliver notifications from apps, check messages and phone calls, perform fitness tracking, as well as perform most of the other essential functions that most smartwatch users want from their device.

Therefore, the bottom line is that although there is no question that the Apple Watch will always function best with iPhone, Apple users now have the option of considering a smartwatch alternative. While there will always be Apple users who are loyal to one brand, for those who like to branch out and explore their options, they now have the choice to choose from more than one smartwatch device. This may please those who want a device that is cheaper than the Apple Watch, or who may want a different style.

2015-09-04
Previous Post: Lenovo presents a SmartWatch with a mini display on the wristband
Next Post: Create a rope bridge with drones is possible, and fantastic view