Clean our room to show us how to program robots, this is the new iRobot Create

iRobot has made a name as a manufacturer of robotic vacuum cleaners. Everyone knows them by their Roomba but seven years been working to implement its technology for educational purposes. In 2007 they released Create and now comes a second version that will not clean our room but if it will allow us to program it to our whim. 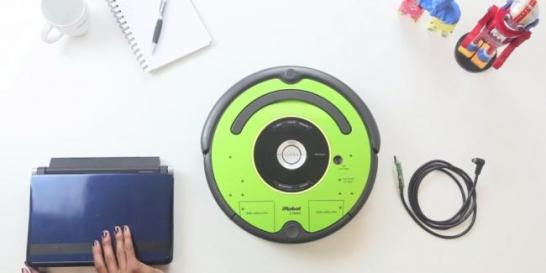 Priced at $200, Create 2 is a device according to withdraw it from the box and kindle cannot do anything with it. Yes, maintains the design and the same technology as the Roomba, but as we said, it’s a programmable robot completely. Let’s see what brings back this version.

Programmable and versatile
Create 2 features its own robotic system that we can schedule but so we can use with other systems such as Arduino or Raspberry Pi. Communication with the robot is made from a USB cable and according iRobot has capacity to make from small case studies to more ambitious projects.

If we want to build new parts we can download and print 3D models at home. Something very useful to have, for example, spare parts of components that can break along the use of Create. Furthermore, the upper features a perforated plate so we can attach whatever we want above the robot.

If we are curious to see what we can do, iRobot has published some examples so that we will see what we can create: a robot with a camera, a DJ mobile for our parties or how to create streaks of light for photos with long exposure times.