We are still trying to adapt to the occurrence of UHD televisions (although the term 4 K continue using incorrectly): these devices are added to the beginning of the emissions contained in those resolutions in some services, but it seems that this will be only an intermediate step. 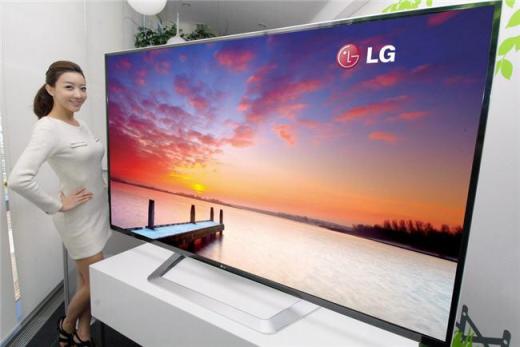 At least that’s what seems to raise LG makers, who are preparing the development of 8K TV aimed at end users. The resulting resolution of 8K would be 7,680 x 4,320 pixels (so a proper way to 4320p resolution would call it), and the first model available would be a 55-inch diagonal which apparently show at CES next January.

It is not the first time that we hear of this type of solution, and in fact LG already had a prototype of 98 inch television can take advantage of that resolution, but this would be the first user-oriented television with 8K support. Other manufacturers like Sharp also demonstrated at CES 2014 that the jump to such resolutions was possible, although its mass availability estimated for 2030.

Indeed it is likely that LG bet is a way of demonstrating that may be among the first to offer such solutions when they can finally be exploited. Today even 4K TVs are questionable investment due to poor content. This, however, could change significantly in 2014 with the launch of 4K Blu-ray format and the availability of more and more services, especially via the Internet-that offer programming in 4K format.

2014-12-15
Previous Post: Clean our room to show us how to program robots, this is the new iRobot Create
Next Post: Sony looks a new opportunity in the collective funding and this is his new project