Could Smartphone Kill Switches Do More Harm Than Good?

By: editor
In: Software

Last year, Minnesota and California became the first two US states to pass a law making kill switches mandatory on all smartphones sold within their borders. The passage of those laws sent ripples throughout the United States, and prompted UK and European lawmakers to consider similar legislation. London Mayor Boris Johnson, citing the steady drop in smartphone thefts since Apple and Samsung began to feature kill switch technology in their premium handsets, spoke out in favour of just such a law earlier this year. But are smartphone kill switches really the perfect deterrent? Certainly, they do give the public a sense of control, and some recourse of action, should their smartphone be lost or stolen. But could that kill switch technology be put to more nefarious purposes? Some mobile security experts think it could. 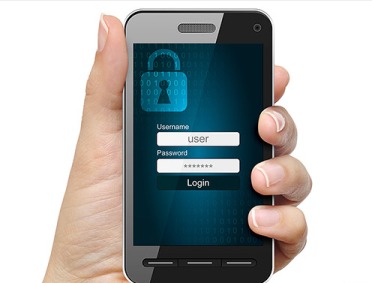 So called ‘kill switch’ technology has been around for a while now, and as one might expect was first introduced by Apple for their iPhone operating systems. Google and Samsung soon followed suit, and kill switches began to appear on many premium handsets.

The kill switch feature allows users to remotely disable, or ‘brick’, their smartphones should they be lost or stolen. Some kill switches, like Apple’s Activation Lock, merely block access to a stolen device; while others wipe the handset’s operating system completely, reducing the phone to little more than a metal casing with inactive circuit boards. The intent of this kill switch technology is to render a lost or stolen smartphone unusable, and so less attractive to thieves. Kill switch features work, and if the recent drop in smartphone thefts are any indication they have been a success. However, as everyone knows, new tech is only as good as the next hacker; and technology can all too easily be turned against its users.

Kill Switches and the Criminal Class

Security experts, and opponents of any proposed kill switch legislation, have raised two significant points. Fist, any operating system can be hacked. In fact, just last year an early iteration of Apple’s Activation Lock was found to have a flaw that hackers could exploit to crack the lock and ‘unbrick’ a stolen iPhone. Moreover, smartphones that have been wiped of their operating systems are not really a problem for thieves, as most black market phones are wiped and given new operating systems before being sold down the line. Second, it is possible that hackers and criminals could themselves find ways to make use of the kill switch feature. For example, hackers could take control of targeted smartphones to harass or terrorize the public. Tech savvy criminals could also employ the kill switch feature to prevent victims from phoning for help.

Some opponents of a mandatory kill switch law are also concerned that the technology could be abused by law enforcement. They cite a California incident where cellular communications were cut off during protests following the shooting of a young man by local transit police. Opponents argue that any kill switch legislation must include provisions that require duly sworn, and signed, warrants before law enforcement can remotely activate the kill switch on any individual’s mobile phone. Because the technology is new, no such legal restrictions are currently in place and opponents to a mandatory kill switch law argue that this could lead to abuse by law enforcement agencies. Proponents of the law have stressed that the public can always disable the kill switch feature on their smartphones, and that the law would only require that the technology be made available on all devices sold within the UK.

Major cities across the UK have seen a steady drop in smartphone theft since the introduction of kill switch technology, and it is clear that the ability to remotely disable a device does have its benefits. But the smartphone kill switch also has a downside, and it has the potential to be exploited by criminals and even abused by law enforcement. As of yet, there is no legislation making kill switches mandatory on all smartphones sold in the UK, but it may not be long before a push for a mandatory kill switch law is taken up by Parliament and made a reality.

2015-03-11
Previous Post: LiFi, tested the technology who wants to unseat the WiFi using light to transmit data
Next Post: The ZX Spectrum comes to life in the form of Bluetooth keyboard