LiFi, tested the technology who wants to unseat the WiFi using light to transmit data

The Wi-Fi is increasingly present on all sides. From homes and workplaces to public spaces such as shopping centers, transport stations and even the streets of many cities. But one of the problems it faces, among many, the limitations of the spectrum using increasingly demanded for various uses. 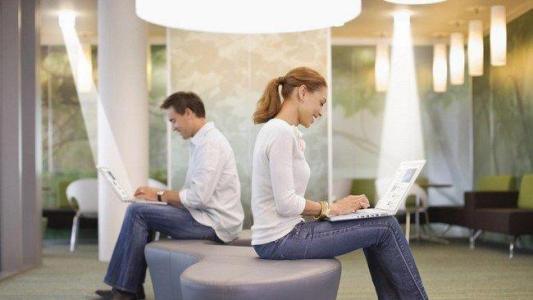 In order to solve this and other problems relationships with Wi-Fi are various universities and companies working on the development of Li-Fi. The idea is as simple as using ordinary light to transmit data. But let’s look at that point is the development of this technology, thanks to show that we could witness during MWC in the Scottish company pureLiFi.

Visible Light Communications (VLC) or Li-Fi wants to be the future technology to transmit data over short distances, with the aim of replacing the present and widespread as Wi-Fi. Its operation is so simple that it just needs some LED bulbs that turn on and off so fast that light changes are not visible to our eyes in addition to the receiving device.

It is not just a bulb, also connects me to the Internet
For the issuance of the signal, it is necessary to install a modulator with LED bulbs, bulbs increasingly popular going to be responsible for changing the signal to transmit data. By the receiving device need a photodiode receiver and other issuers so you can establish two-way communication.

There are several advantages of the use of visible light for data transmission. The first is that no problem of interference with other communications, as all modern electronic devices uses much lower frequencies. Furthermore anywhere we can find bulbs, indoors or outdoors, and its conversion to Lifi is very economical.

But it is that in addition to its cheaper implementation and use of a non-saturated spectrum the LiFi would also be a more secure method of transmission. Its short range, which can provide a light bulb, makes this technology a secure way to transmit data, having to be on the same beam someone who wants to meddle in communication between sender and receiver.

The challenge of integrating Li-Fi on different devices
But obviously there are also disadvantages and drawbacks. The Lifi, however long it takes and investigated, it still offers quite limited speeds. Currently pureLiFi only managed to convey to a maximum of 13 Mbps downstream in real environments. It is also true that from the same company were assured that in laboratory tests have achieved to reach speeds of “hundred megabytes”, noting some studies that the theoretical limit would be at 800 Mbps of download.

Another problem, already noted in part as advantage is its short range. For the transmission can be minimally stable maximum distance between transmitter and receiver is estimated at about 10 meters, while taking into account that indoors we could have so many issuers of lifi light bulbs as does not seem to have a big problem. Also the transmission would be cut to bring an object in the beam, but the truth is that the demonstrations we were required several seconds to intercept the connection were to be cut completely.

But undoubtedly the biggest problem that currently has the Lifi technology is the integration of receptors in different devices. The receivers that we could show these days were both bulky and heavy. The receiver used in a laptop with a 15 inch screen mating magnetically to the back of the screen, occupying the full length of the screen and with a width of about four inches, plus a small box where the photodiodes were located. The connection to the PC is realized via USB.

Development still in early stage
Now the challenge facing pureLiFi as all companies are trying to invest in this technology is to drastically reduce the receiver so that it can be integrated into smartphones, tablets, laptops and other devices. By pureLiFi they could not give us time to achieve this challenge, pointing out that we still have to wait a few years.

Therefore, seen in a real environment the possibilities that can provide Lifi the truth is that we were looking forward to see how it evolves this technology. The advantages over WiFi are there, but there are also many obstacles which still remain to be overcome to reach would raise unseat the current king of communications over short distances.