Discuss speakers, without having the opportunity to taste, is tricky business. Especially there is so much technology and design as presumed in Devialet, a French company. 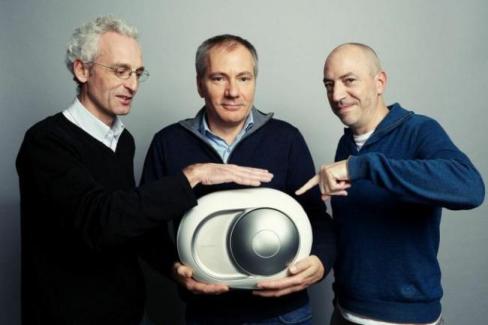 Two models of speakers, with two different output powers, but same design: Devialet Phantom and Phantom Silver. Its creators have wanted to include amplifier and speakers into a single unit, as you can see in the pictures, is not particularly great for what it offers.

Devialet presumed to include much power in a small space, as much as four times more than one equivalent model in size. The symmetrical arrangement of the speakers is studied with the intention of canceling the vibrations from one to another. In the following video you can see its curious and worked running system:

The approaches to sound at home of Devialet not choose the same path as the wireless. Here trying to find art and science from proprietary amplification technology such as ADH, or “Heart Bass Implosion”, which helps generate more power in limited space.

The invention is not affordable; the model with less power is going to 1,690 euros, while for Silver, asking for 1,990 euros. Although it isn’t very far away from a 5.1 system of high fidelity of the first signature.

Curiously, artists like Sting, the former CEO of Beats, David Hyman, or producers Rick Rubin, have had occasion to know the product and have made very positive about public comments. We hope to have the opportunity to try them in the near future.

2014-12-26
Previous Post: The HP Chromebook 14 G3 have put touch screen with full HD resolution
Next Post: A gel like adhesive for placing sensors in internal organs