Do human waste transformed into vitamins, plastics and food? Yes, NASA is already working on it

It is interesting to see how projects that seek to take advantage of human waste, transforming them as either fuel, or as in this case, are still emerging in raw material for the manufacture of tools and even as food and vitamins for astronauts. 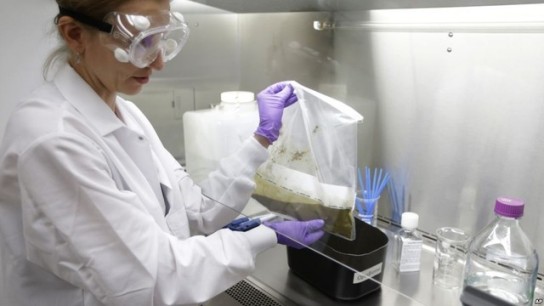 NASA has just announced that they have given permission to Clemson University, and a budget of $200,000, so that its researchers to work and develop processes that make it possible that the waste can be reused, primarily within the space missions on the ISS.

The magic would be in play with yeast genetics
Mark Blenner, a professor in the department of chemistry and bioengineering at Clemson University, is the head of the start project, where everything points to a work based on yeast genetics. The general idea is to make the ISS is self-sufficient, and supply missions represent a significant investment of millions of dollars.

Currently in the ISS is recycled much of the urine, which is used for cleaning tasks, but the droppings accumulate until a Shuttle picks them up and are sent back to Earth. With this project, which will take approximately three years, seeks that urine is used as a biofuel, while feces serve as vitamins and even food.

Blenner has anticipated that the investigation is focused on a special yeast strain which has been genetically modified to transform feces in polymers and plastics, which serve as raw material for the newly released 3D printer, so you do not have to depend on supply missions. But that is not all, since it would also be able to transform feces in Omega 3, so from there, so that from there, vitamins and certain foods are created.

To grow this yeast nitrogen is needed, abundant in human urine element; on the other hand, this yeast is also fed fatty acids (lipids) that certain algae can be created from carbon. Then you have two options, because on one hand we have the urine, or, you can use the same breath astronauts, which contains carbon dioxide, so the algae produce lipids.

Blenner and his team started to research and in the coming months will give advances, as the biggest challenge is to create a system that can be transported on a ship, but above all, it can be used easily on the ISS.