The company Lift Lab began developing a stabilizing spoon to combat tremors suffering especially Parkinson patients. Google acquired the company and its Manager continued that line of work in the Google X division. 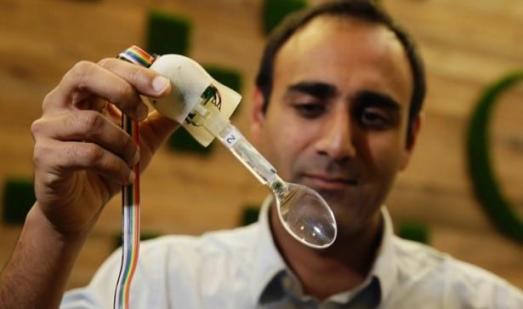 After all these months we have new news: Liftware spoons have been for sale for a price of $295. Those responsible for this development ensure that this device can reduce by 76% the tremors that the user of this solution would with a conventional spoon.

The Liftware spoon uses a series of sensors that detect vibration in real time and making the spoon moving in the same direction and with the same speed, but in reverse, getting the cancellation of the initial movement.

This product is specially aimed at people with essential tremor or Parkinson’s. Brin’s involvement is not casual: her mother is affected by Parkinson and he himself has indicated a genetic mutation associated with this disease, for which has donated more than $50 million in search of a cure.

2014-11-29
Previous Post: This wallet is the best friend of your smartphone and vice versa
Next Post: Monitoring parameters at home with small sensors Clime