Open heart surgeries involve a number of risks to the patient, although in many cases the only possible solution for this body to function properly again. In the future it may be different and it is thanks to research such as that recently published Harvard has opened a new possibility: using ultraviolet light to fix some problems. 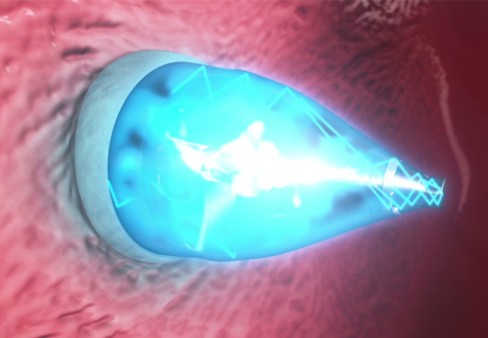 At Boston Children’s Hospital they have conducted a series of tests to create a catheter to allow help to repair holes in the heart without having surgery. So far the tests have been done successfully in animals and the next step is to start using this approach in people.

With an injection is sufficient
Using catheters instead of open-heart surgery is often safer for the heart because with this method need not stop, put a bypass and make the cut. It is less invasive and thanks to a biodegradable adhesive and ultraviolet light can get this body tissue regrowth to plug those holes.

The catheter is inserted through a vein in the neck and once gets to the heart two small balloons are deployed to prevent leaves this cavity. When this happens, there is activated an ultraviolet light that reflects on the balloons and activates the adhesive layer that takes turns. Once completed, the catheter is finally finished off and eventually undone without causing any waste.

This research is not new, a year ago they showed some progress in the use of such catheters but has now been published with the study when it was discovered that it is possible to use the treatment on animals and get the heart tissue to grow again.

2015-10-05
Previous Post: This robot is able to invent their own language to interact with others
Next Post: Microsoft Surface Pro 4: More power for a high-flying convertible notebook