NVIDIA is preparing the new version of its portable NVIDIA SHIELD

NVIDIA got the recent surprise offer the new NVIDIA Shield console based on Android and able to offer 4K output, but apparently that’s not the only bet in a segment that NVIDIA refuses to let go. In fact the latest data point to launching a new version of its handheld console with the same name. 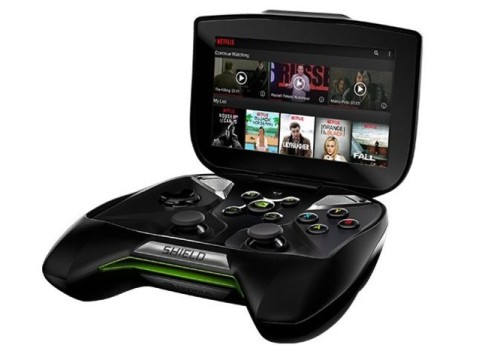 Several certification bodies of devices with Bluetooth and WiFi connectivity have led to the discovery that there is a new product described as “NVIDIA Shield Portable P2523” would respond to these rumors and would become the renewal of the portable console that appeared almost two years ago.

These services do not give too many details about the device, but we do know that both WiFi and Bluetooth connectivity will be the last: this device will have both WiFi 802.11ac Dual Band connectivity at 2.4 GHz and 5 GHz of Bluetooth 4.1 connectivity, the latest edition of this standard wireless connectivity.

It is also known that the console will be based on Android 5.0 and that its firmware (3.10.61) is the newest available for these devices. Nothing yet knows hardware specifications on its screen or processor, but we assume that NVIDIA will be proposing an evolution with a similar design and, perhaps, with a screen slightly larger than that of 5 inches which was included in the original device. We will see if the integrated SoC is the promising NVIDIA Tegra X1.

2015-03-31
Previous Post: Analyze with algorithms how we speak, one of noninvasive methods for detecting Alzheimer
Next Post: Arc Pen, a special pen for Parkinson’s patients