OPPO presented earlier today in China its new flagship: The N3. A top terminal range that returns with a single rotating camera which we will be able to use both for self-portraits as to make normal photos. Its presentation was very discreet and also has performed with the R5 model only 4.85mm thick. 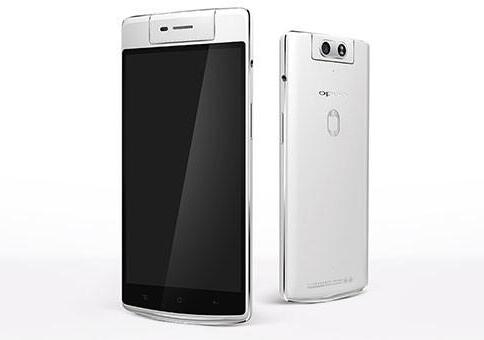 Once more N series returns to be the reference of OPPO and at the moment the perspectives to see it out of China are complicated. Let’s see what new offers this Chinese manufacturer because, on paper, the changes are fairly discrete and are running a fairly conservative renewal.

Few changes, same concept
Oppo N3 comes with a Qualcomm Snapdragon 801 processor, a well-known chip that we have seen in other many high end this year. 3,000 mAh will be responsible for giving power to a terminal with 5.5 inch display and Full HD resolution. The battery comes with the quick charging system VOOC mini Rapid Charge. According to the official data would be faster than the system of Note 4 since it is capable of reaching 75% in just 30 minutes.

The camera returns to the main character and differentiating it from the terminal. We find a unique sensor of 16 megapixels with dual LED flash and an aperture of f/2.2. We can turn to take pictures in different positions and serve both back and front.

In software we find Android 4.4.4 and software layer Color OS 2.0. A curious development is the new notification system: Skyline Notification. Instead of an LED, the lower frame of the mobile turns entirely with corresponding color that we have configured for each application.

By specifications, there is no doubt that this is a good terminal. The problem is that at these times there are more competitive mobile or higher or very similar characteristics leaving the Oppo N3 as a terminal without major differentiators. In fact, it’s something more than €500 (3999 CNY) does not help to change positioning against its competitors.

2014-10-29
Previous Post: That is Honor, Huawei’s second brand that comes to Europe with its Honor 6
Next Post: Sony SmartWatch 3 available from November 4