That is Honor, Huawei’s second brand that comes to Europe with its Honor 6

Huawei staged in Berlin yesterday bet the Chinese company for the European market. There unveiled two new smartphone models of Honor following the line of complete specifications without the price is a drawback entry.

A detail that makes it clear that Huawei wants a firm commitment to the European market is that Honor is separated as an independent brand in the array for deployment in Europe. And Yes, Honor 6 appeal comes to the head of its new terminals.

Direct sale at Amazon
In addition to the rebranding, the company announced the sale, regardless of the usual direct channels to consider (eg operators) are made via Amazon through an agreement reached with the e-commerce giant for the official release of the new smartphones in Europe.

The company also has set up a web site that claim that, as usual, consumers can send suggestions and requests to the company, especially in the field of software updates or the interface. If they manage to respond satisfactorily to the questions that always arise among consumers about future updates of the operating system of its new terminal, they will be successful.

Honor 6, the reference model
The model that Honor will be released in Europe is expected Honor 6. We are facing a terminal that price would be placed in the middle range but aspires to be considered for a higher level specifications. 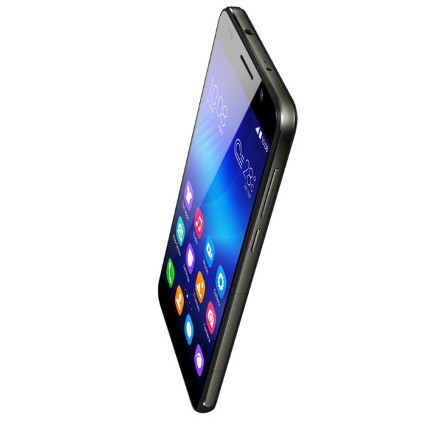 The screen of Honor 6 is 5 inches. Its panel provides 1080p resolution, which gives a density of 445 ppi. The company has adjusted frames so that the dimensions of the terminal are not too big. For example, the thickness has been set to 7.5 mm and the weight is very interesting in 130 grams. The finish is in aluminum.

Inside, the Asian company is one of the betting for its own development for SoC. It’s the Kirin920 chip with 8 cores, LTE Cat 6 and which is accompanied by 3GB RAM. The basic internal memory capacity is 16 or 32 GB, expandable with microSD cards.

The battery has taken enough care, and has been given a capacity of 3100 mAh. As for cameras, the main one of 13 megapixels, and is a Sony IMX214 sensor with aperture f/2.0, while the front features aperture f/2.4 and a resolution of 5 megapixels.

As Android 4.4.4 operating system features with custom Emotion UI 2.3 layer. The Honor 6 is on sale from today on Amazon with a price of 300 euros for the 16GB model.

Honor 3C search site in the range of entry
Accompanying the most interesting model we have to Honor 3C, a model whose starting price is 139 euros, also available today. 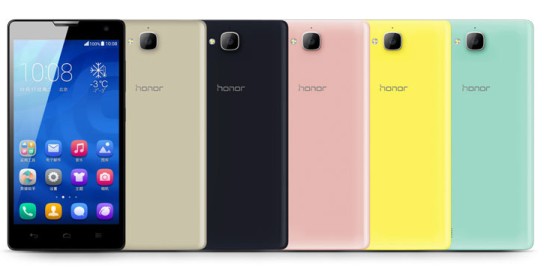 This Honor smartphone offers a 5 inch screen, but the low resolution up to 720p. Thickness, 9.2 mm, and the weight of 140 grams, are not naturally caring much as in the high range. The finish is in plastic, available in various colors.

In this Honor 3C processor which is mounted is a 1.3 GHz quad-core MediaTek MTK6582 with 2GB RAM. Its basic storage is 8GB, but can expand with microSD cards but only up to 32GB.

This Honor 3C is a DualSIM terminal also has 2,300 mAh battery. The version of Android that comes on the market, available today on Amazon, is 4.4.2.