Stop bleeding in seconds might be possible with VetiGel

Close a wound that is bleeding heavily is not easy but Suneris proposes a solution with a gel created with plants that are able to stop bleeding in the skin or an organ in seconds. Its name is VetiGel and is already in use in some veterinary centers. 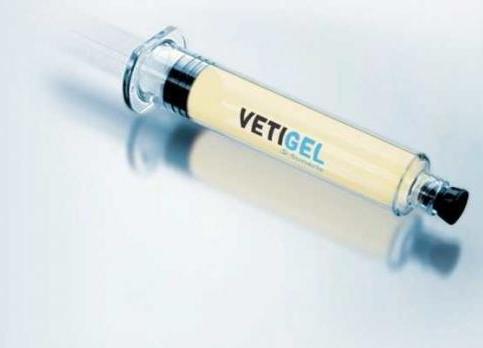 Unlike other gels that act as liquid bandages covering a wound, VetiGel not only stays on the surface but it is able to go further with deeper bleeding. According to the CEO of the company, it takes only 20 seconds for an open wound to stop bleeding completely.

A quick solution to prevent deaths
In an interview CEO describe their product as Lego building blocks that are placed in cells to reattach damaged tissues and return to their original position soon to continue avoiding bleeding. That promises to be quick and get it; it would be an achievement because in some cases it may be able to avoid death.

Currently its use is focusing on veterinary clinics since VetiGel is not start to work with people. It remains to perform more tests and trials and the subsequent regularization by the health authorities. We will be attentive to its results and check, for the moment that besides work with animals also has effective results.