Tesla autopilot saves a driver who suffered a heart attack

By: editor
In: Auto Tech

In recent weeks, Tesla cars with autopilot have been plenty of criticism. From a fatal accident (the pilot did not attend to what was happening before his eyes and was watching a Harry Potter movie) or a scare in road with the autopilot activated. Something that certainly questioned this type of vehicle, which received much criticism to the point of ensuring that, would not be completed to curdle. 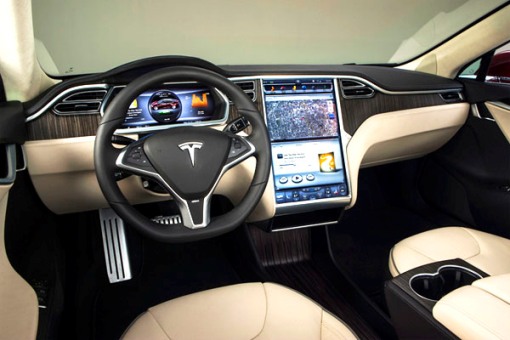 And yes, there is always a bad part, but you have to assess what percentage of much that things have. No doubt, for Joshua Neally his Tesla Model X is the best invention in the world. And so, after suffering a pulmonary infarction while driving, he managed to activate the autopilot to drive about 32 kilometers and arrive to the hospital.

The US attorney was driving from his office in Springfield when he started to feel sick. It all started with a puncture in the stomach that later reach the chest. He did not stop the car to call an ambulance and decided to activate the autopilot. And the outcome had a happy ending; in fact even doctors were surprised that he has survived a lung infarction while driving.

A savior AutoPilot
If we spoke of the recent criticism that has suffered the autopilot by accident has been involved, we must also evaluate the how and why of them. Negligent use of AutoPilot is to activate it and ignore, for instance. It should be recalled that although there is a machine that do the work for us, you can always pass something that requires our attention.

But without doubt, who is at the other end is Joshua Neally. The American suffered a heart attack while he was at the wheel of his Tesla X. Before going into panic, and as he felt the pain increased intensity growing from the abdomen to the chest, decided to activate the autopilot.

His quick reaction allowed the autopilot to lead him for about 32 kilometers to an outlet near a hospital, it would behoove make the final run but after putting in the hands of doctors managed to save his life and go home at night.

Two accidents and a life saved
While in the United States Tesla technology is studied by the road safety watchdog, in recent months there were two accidents, one mortal and a life saved. One person died in Florida after the autopilot not detected a truck and finalize crashing. Although the subsequent investigation said that the driver would be watching a Harry Potter movie instead of attending to what was happening on the road.

In July, another driver had an accident when his car with autopilot collided with a median of wood in Montana, but was not regret a fatal accident and no injured. Only a major scare.

However, the most positive part of these stories, it’s like an intelligent vehicle has managed to assist to save the life of his driver who was having a heart attack. The time that was gained instead of waiting for the ambulance has been vital.