Warchief, A new Android console that dares with controls to the Kinect-style

By: editor
In: Games and Consoles
Tagged: Warchief

I thought at this point in the film were seeing more affordable consoles with Android operating system, but it seems that the attempt – one could say that failed – to Ouya has encouraged many to follow. 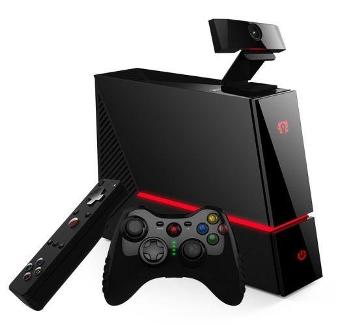 Where more is being developed this type of pottery is in China, a country where we have already given birth to several models with similar characteristics: low price, , hardware out of the mobile world, need a screen to operate. Today we present a new attempt: Warchief .

Warchief is a home console that focuses on Nvidia Tegra K1 hardware, but also dares to combine it with motion sensors, which can presuppose a Microsoft Kinect style experience.

Besides the camera, a Wii controller type
The movement recognition technology called Extreme Motion developed by the company Extreme Reality. Presume to recognize whole bodies with an ordinary webcam. The creative enterprises of the console are the unknown – for us – Xiaocong Network Limited and Qihoo 360.

The Nvidia Tegra K1 is accompanied by a couple of gigabytes of RAM, 32GB of internal memory, four USB 2.0 ports, and HDMI output. It is also interesting the two wireless controllers included each style we know in major consoles, and other Wii-style, which incorporated motion sensors.

The strong point of this type of product is the price, in this case is $160.