If today everything is more connected to the Internet; why not a gun? The Californian company Yardarm already doing with technology that integrates a chip with its network of data on the butt of a pistol for the police. 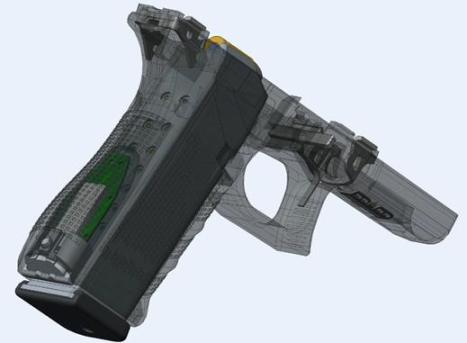 This chip can send information on the moment when a gun fires, where the incident has occurred and even have information about the number of bullets in it. In the future, the gun will be even able to collect information where it is pointing in real time.

The consumer does not want, the police aims to use it
These data of the real-time operation of a gun is very valuable information that can be sent directly to the police or be consulted on a smartphone, so the reception at the domestic level in the U.S. has been zero. That seem most interested responsible for the police and military in the face of relevant information available to help resolve quickly and at lower cost investigations that may arise from a particular action of the agents.

They are already testing technology internally and in different training police in the United States, with the possibility that if a gun is fired, the system is able to react immediately by sending reinforcements to the exact place. Yardarm begins marketing both hardware and software for the middle of next year.

Technology controversy on firearms
If privacy is an issue that concerns us, imagine when associated with a firearm and the ability to know what is being done with it at all times. Technology is not being precisely welcome in the art, and indeed is even dangerous.

The more media so far has been a Liberator, the gun can be made with a 3D printer and for which in fact have even created special bullets that enhance even more dangerous.